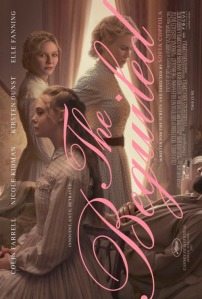 Sofia Coppola won Best Director at the Cannes Film Festival for her adaptation of Thomas P Cullinan’s novel, taking his tale of a man entering a world of women and bringing a distinctively female perspective, making for a different movie to Don Siegel’s 1971 version. A story about an injured Union soldier who takes shelter among the women of a small Virginian seminary during the Civil War, The Beguiled is part melodrama and part psychosexual thriller with just a dash of black comedy. An entrancing film, its tone is constantly shifting as we wonder who is manipulating who and watch a paradise become a prison. Full review. 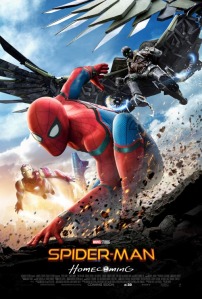 The superhero movie continues to be the blockbuster form of the moment and 2017 offered up three good ones: Spider-Man: Homecoming, Logan and Wonder Woman. Logan was the most audacious, Wonder Woman was the most important, but for mine Spider-Man: Homecoming was the best blockbuster of the year. Part superhero movie, part John Hughes high school drama, it is energetic, funny and exuberant, and unlike Thor: Ragnarok (which I was not as high on as many others), did not sacrifice genuine emotion to get its laughs. It even has a good villain, long the achilles heel of the Marvel movies. After finally striking a deal with Sony Pictures, Marvel Studios didn’t waste the opportunity once they got their hands back on their number one commodity. Full review. 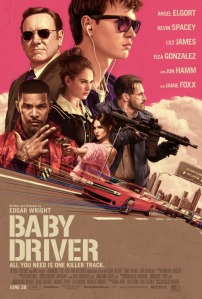 Edgar Wright’s stylistically ambitious action/heist/music video Baby Driver is the coolest film of 2017. More than just a film with a killer soundtrack, Wright used the music as a key structural element of his movie. Allowing songs to play out in their entirety, he choreographed the action to the soundtrack. While such meticulous planning could have made the film feel mechanical, it doesn’t. Rather the whole thing feels like a dance. While somewhat lacking at a human, character level, it is an exhilarating film experience. In light of recent revelations, though, it will be interesting to see if the presence of Kevin Spacey in the cast has any impact on Baby Driver’s replay value. Full review. 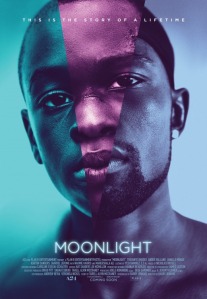 This year’s Academy Award winner for Best Picture was an intimate, nuanced coming-of-age film which marked a massive step forward for the presence of LGBTQI cinema in the mainstream. A complex exploration of African-American masculinity and adolescent homosexuality, Moonlight tells the story of its lead character at three specific points in his young life, using a different actor to portray each stage with each actor bringing something distinct to their manifestation of the character. With a visual beauty that is not common for social realist drama and some very strong performances (most notably Mahershala Ali’s Oscar winning turn as drug dealer and mentor Juan), Barry Jenkins has taken a queer, black story, which you would assume to be niche, and made it universal. Full review. 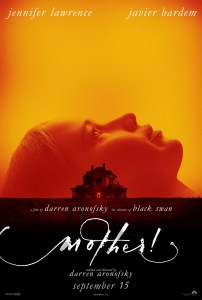 This is probably my most controversial selection because a lot of people hated this film, and I mean properly hated it. However, I don’t think I thought about a film this year as much as I thought about mother!. Darren Aronofsky’s allegory for the relationship between humanity, nature and the creator is a challenging and confronting piece of art that is intended to elicit a strong reaction. The very definition of a film that is ‘not for everyone,’ mother! will frustrate and disgust you, making you equal parts uncomfortable and angry. But whether you love it or hate it, you will think about it and you will want to talk about it. Full review. 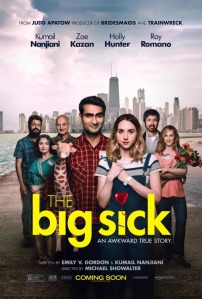 First-time screenwriters and married couple Kumail Nanjiani and Emily V. Gordon drew on the true story of their own unconventional courtship to create the year’s best romantic comedy. Nanjiani, a stand-up comedian best known for his role in Silicon Valley, plays himself, reliving the experience of his new girlfriend (with Zoe Kazan portaying Gordon) being placed in an induced coma while his traditional Pakistani family were unaware he was seeing a white girl. With its unique scenario and examination of the migrant experience, The Big Sick takes a genre that is often derided for being a bit formulaic and makes it insightful and personal while still being incredibly entertaining. There are also some very good supporting performances from Holly Hunter and Ray Romano as Emily’s parents. Full review. 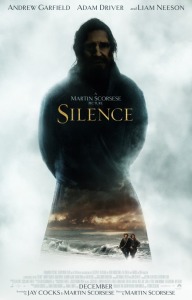 While films like The Departed, Shutter Island and The Wolf of Wall Street have seen Martin Scorsese enjoying the most commercially successful period of his celebrated career, Silence is his most unashamedly uncommercial film in decades. Based on the novel by Shusaku Endo about Jesuit missionaries in imperial Japan (which Scorsese first read back in 1989), it is a long, slow and challenging meditation on questions of faith and doubt. Scorsese’s Catholic upbringing has always been one of the primary influences on his filmmaking, and Silence is a good companion piece to his earlier wrestles with faith in The Last Temptation of Christ and Kundun. Thanks to Rodrigo Prieto’s cinematography and Dante Ferretti’s production design, it is also one of the most beautiful looking films of the year. Full review. 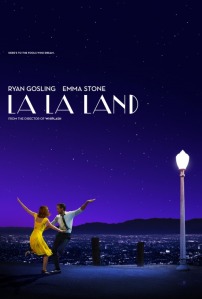 While thanks to Faye Dunaway, Warren Beatty and the team from Price Waterhouse Coopers La La Land is destined to be immortalised in trivia competitions as the only film to be incorrectly awarded Best Picture as the Oscars, that should not detract from how wonderful a film it is in its own right. After its haul of 14 Oscar nominations it is easy to forget how risky a proposition this film was. There hadn’t been an original musical of any significance come out of Hollywood since Newsies in 1992. Emma Stone and Ryan Gosling may not be the world’s most polished singers and dancers but they share great onscreen chemistry, and with Damien Chazelle’s flair for directing with music and Justin Hurwitz’s fantastic score, La La Land was a joyous piece of uplifting, escapist entertainment. Full review. 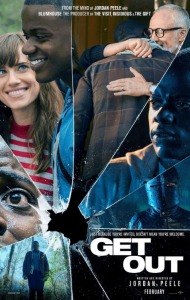 Get Out was the film which came out of nowhere to become the cinematic talking point of early 2017 and remains the best reviewed film of the year. On the fiftieth anniversary of Stanley Kramer’s Guess Who’s Coming to Dinner, Get Out borrows that central premise – a white girl bringing her black boyfriend home to meet her unknowing family – but takes it in an entirely different, and far creepier, direction. Written and directed by Jordan Peele, best known as one half of the sketch comedy duo Key & Peele, Get Out functions simultaneously as a top-shelf piece of horror cinema and a sharp, zeitgeisty piece of social commentary. Full review. 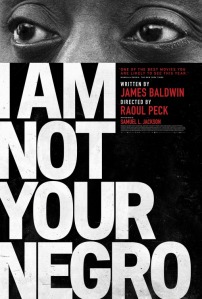 A surprise pick for number one as I doubt it is featuring on many such lists, but I saw this documentary at the Sydney Film Festival this year and it blew me away. I Am Not Your Negro brings to life author, intellectual and activist James Baldwin’s unrealised book ‘Remember this House,’ a personal account of his experience of the murders of his three friends Medgar Evers, Malcolm X and Martin Luther King Jr. Using archival footage of Baldwin, plus excerpts from the treatment for the unpublished work unrecognisably performed by Samuel L. Jackson, Raoul Peck tells the whole story in Baldwin’s distinctive voice. A great thinker, Baldwin was speaking hard truths in the 1960s which remain hard truths today. If you can find it, see it. Full review.

The Worst Movie of the Year: 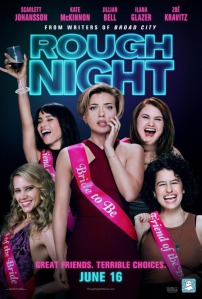 Oh, how I wanted this to be good. We are in somewhat of a golden period of screen comediennes, and while dude-bros might kick up a stink about which is the appropriate gender for busting ghosts, there have been some really good female driven comedies in recent years. But Rough Night set its gender-flipping sights on a sub-genre – the massive party/night out that goes horribly wrong – which largely produces terrible films so, true to form, it is too. It even caused a small controversy, outraging the sex industry for its characters’ flippant reaction to the death of a stripper. As fate would have it, the similarly themed Girls Trip came out shortly after and received much better reviews.

Thomas P Cullinan’s 1966 novel The Beguiled was first adapted for the screen by Don Siegel in 1971 with Clint Eastwood in the lead (immediately preceding their collaboration on Dirty Harry) in a film which played up the story’s horror elements. Writer-director Sofia Coppola’s adaptation, for which she won best director at this year’s Cannes Film Festival, is a different film. While also a trimmed down, streamlined version of Cullinan’s story, Coppola gives it a distinctively feminist perspective, aligning our point of view with the female characters.

1864, Virginia. It is three years into the American Civil War, the result of which is becoming clearer by the day. A young girl, Amy (Oona Laurence), finds a wounded Yankee soldier, Corp. John McBurney (Colin Farrell) in the woods and offers to take him back to Ms Farnsworth’s Seminary for Young Ladies for treatment. END_OF_DOCUMENT_TOKEN_TO_BE_REPLACED