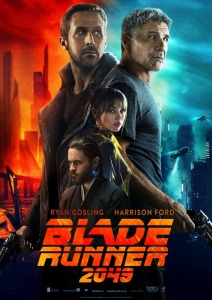 The last few years have seen a number of sequels to long dormant film series: Star Wars: The Force Awakens, Creed, Jurassic World. Denis Villeneuve’s Blade Runner 2049 is something quite different. Ridley Scott’s Blade Runner, based on Philip K. Dick’s Do Androids Dream of Electric Sheep, was not a franchise movie. It was not even a box office success. Blade Runner is a cult classic which earned more mainstream recognition over a period of decades, thanks to various re-cuts and re-releases in the ancillary market (specifically the 1992 Director’s Cut and the 2004 Final Cut). While the film had a very cool neo-noir aesthetic and unique sound thanks to Vangelis’ score, the appeal of Blade Runner is largely the ideas it explores. All of this makes returning to the property 35 years down the track a far more interesting challenge than simply rebooting or reviving a proven franchise.

The year is 2049, thirty years after the events of the original Blade Runner. While the Tyrell Corporation has long since gone bankrupt and replicant technology has become even more sophisticated, there are still a few rogue Nexus 8s living in hiding and there are still blade runners charged with hunting them down and ‘retiring’ them. One of those blade runners, KD6-3.7, known simply as K (Ryan Gosling), is on a mission to retire a replicant called Sapper (Dave Bautista) on a protein farm outside of Los Angeles, when he discovers the buried remains of a replicant who appears to have had a baby. Encouraged by his boss, Lieutenant Joshi (Robin Wright), to investigate with great secrecy given the incredible ramifications of this discovery, K’s quest for answers puts him on the trail of long retired blade runner Rick Deckard (Harrison Ford).

Returning to a revered property after such a long period of time provides a mixture of opportunities and issues. On the one hand, one of the features which helped Blade Runner attain cult status was its ambiguity and open endedness. A sequel by necessity resolves some of the mystery of the original film. Critically, Blade Runner 2049 answers the long debated question of whether Deckard himself is actually a replicant, and to a certain extent now having a canonical answer to that question takes some of the shine off the original. On the other hand, this sequel provides the opportunity to incorporate some more contemporary fears into the evolving dystopian vision of Los Angeles, namely fears about environmental disaster. We are told that ecosystems collapsed in the 2020s, and the position of Tyrell has been taken up by Niander Wallace (Jared Leto), who rose to power when his company’s bioengineered crops offered the world a sustainable food source after the collapse of agriculture.

With a runtime of 163 minutes, Blade Runner 2049 is a long film and this length is emphasised by a purposefully ponderous, often philosophical pacing. This is a long way from a conventional science fiction blockbuster. The effectiveness of the screenplay, co-written by Hampton Fancher, who wrote the original Blade Runner, and Michael Green, who wrote the recent Logan, has much to do with the really clever way that it manages the giving and withholding of information. Despite a lot going on, it is relatively light on exposition, preferring to show than to tell. It does a good job of letting you think you know where things are going only to surprise you and give you cause to reconsider along the way. 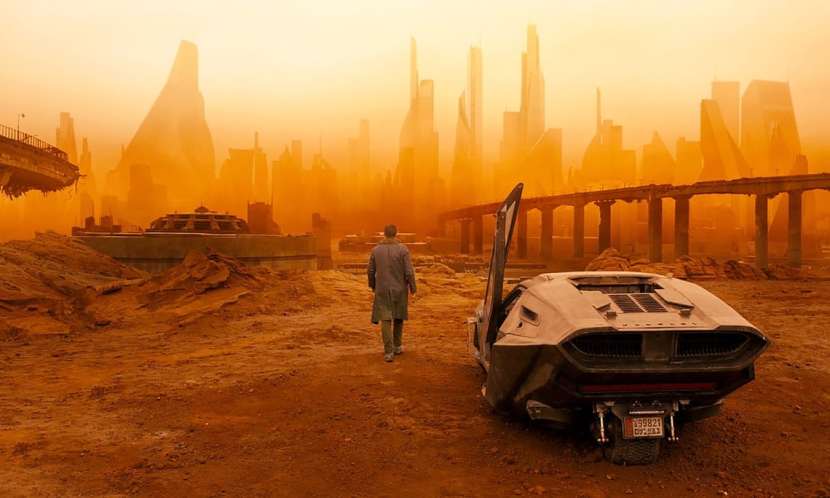 Is Blade Runner 2049 the film that wins cinematographer Roger Deakins his elusive Oscar?

Denis Villeneuve (Arrival, Sicario, Prisoners) is very much the filmmaker of the moment, the annointed one. A keen visual stylist, with cinematographer Roger Deakins and production designer Dennis Gassner he has both captured and built on the aesthetic created by Ridley Scott and his team. Blade Runner 2049 is a beautiful film to look at, with an immense sense of physical scale. Deakins, collaborating with Villeneuve for the third time, makes liberal use of wide shots, helping us drink in the design. After thirteen nominations, there is every change that this will be the film that finally gets the legendary cinematographer his much deserved Oscar. Composers Benjamin Wallfisch and Hans Zimmer are also working from a blueprint, riffing on Vangelis’ iconic synth sound that brought an other-worldliness to the first film.

As he has done numerous times before, Ryan Gosling does an amazing job of soulfully portraying a complex character who speaks relatively little. K is a replicant, a more advanced model than the old Nexus 8s he is charged with retiring, but he knows that he is a replicant. He knows that the memories that he has are not real, but are simply there to provide him with emotional grounding. He has a holographic girlfriend named Joi (Ana de Armas) who is like an embodied version of Scarlett Johansson’s character from Her. Their relationship is interesting, with both being aware of the artificiality of the other. As a hologram, she can pass through him, which creates a unique visual intimacy and one of the more fascinating, if a little creepy, sex scenes you will see.

Returning as Rick Deckard, Harrison Ford’s role is not as big as the marketing for the film might have you believe. It is pivotal, however, and in that screen time he does receive he is given something interesting to do, providing important emotionality to a film which is otherwise quite measured and subdued.

Blade Runner 2049 is a very impressive achievement. While there are plenty of nods and references to the original, and a knowledge of that film is integral to understanding this one, it is not just an exercise in nostalgia. It picks up and develops the themes and ideas the first film was built on. 35 years on, Denis Villeneuve has given us a fitting sequel which can comfortably sit alongside the original.

Have you seen Blade Runner 2049? Leave a comment and let us know what you thought.