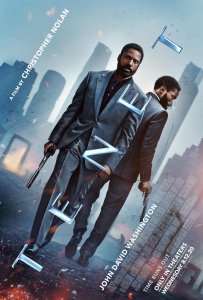 Christopher Nolan has been the biggest name in blockbuster filmmaking for about a decade now. As arguably the only director in the world able to mount big budget blockbusters that aren’t based on comic books or best selling young adult novels, he is no stranger to a bold and high stakes release.  However, his latest film, the temporal thriller Tenet, is seemingly the most important film of his career. Not for what it means to his trajectory but for what it means for the industry as a whole at this precarious moment in history. The Hollywood studios are caught between a rock and a hard place. Cinemas have reopened in many markets but not in others. Even where they are open, it is not known whether audiences are yet comfortable with the idea of returning to them en mass. As such we have seen studios caught in a holding pattern, sitting on their big releases unsure of the viability of releasing them into the present market. Someone had to be first to take the plunge and that was Warner Brothers. Tenet is the first legitimate blockbuster to be released into the Covid era theatrical market and will serve as a test case for whether theatrical distribution is an economically viable option for Hollywood in the immediate future. It’s an absurd weight to place on any film, particularly one as complex as Tenet.
END_OF_DOCUMENT_TOKEN_TO_BE_REPLACED

In 2010, writer-director David Michôd announced himself as the next big talent in the Australian cinema with his remarkable debut feature, Animal Kingdom. The gritty suburban gangster story earned international critical acclaim and even garnered an Oscar nomination for Jacki Weaver. Now, four years later, Michôd brings us his second feature, The Rover, which he describes as “a dark, dirty, violent fable.”

Ten years after an unspecified catastrophic event, referred to only as “the collapse,” a man, Eric, living in a rural Australian wasteland has his car stolen by a trio of men, seemingly on the run, who have just rolled their truck. Eric sets off in pursuit of his car and along the way he encounters Rey, the younger brother of one of the trio of thieves, who has been left for dead with a gunshot wound. To Eric, Rey is the means to find his car. To Rey, Eric is the means to being reunited with his brother. After tending to Rey’s wound, they form an uneasy alliance, with neither knowing what the other plans to do when they reach their destination.

The Rover paints a bleak, nihilist picture. Argentinian director of photography Natasha Braier brings an outsider’s eye to South Australia’s Flinders Ranges, giving a stark, menacing quality to this barren landscape, this vast emptiness. The film seems to have come from an angry place within Michôd. The temptation is to refer to it as a post-apocalyptic film, but to do so would not quite be accurate. “The collapse” which precedes the events of the film is not as the result of an external force. The implosion of society appears to have been its own doing. The fact that traders in the film refuse to accept anything other than US dollars suggests that there is an economic element to this collapse. The world that remains is a harsh one in which survival is the only priority.

At the heart of The Rover are gripping lead performances from Guy Pearce and Robert Pattinson. Pearce’s Eric is an unstoppable force. A man stripped of any remaining personality or morality, his pursuit of his car is single-minded and relentless and it is not until the very final moment of the film that we are given any insight into his motivation. Pearce and Michôd perform a delicate balancing act with Eric being at the same time the film’s protagonist and its most terrifying character. His ruthlessness and seeming disregard for human life is important though, because it serves to humanise Pattinson’s character, and draw us to him. Where we understand Eric as the type of man who can survive and even thrive in this bleak dystopia, the developmentally challenged Rey lacks that hardness. In what is undoubtedly the performance of Pattinson’s career thus far, he gives his character an underlying innocence and vulnerability despite his determination to appear threatening.

The Rover is a confrontingly violent film. This is not a reflection on the quantity of violence, but rather the coldness with which Michôd presents it. This world evidences a complete disregard for the sanctity of life. The first killing is quite shocking, because at that point we have not been prepared for the cutthroat way in which this society operates, but from there on it is a challenging, merciless film.

There have been numerous films in this dystopian wasteland genre, but none quite as nihilistic as this one. An unsettling but engrossing picture, in Michôd’s mind The Rover is a more hopeful film than Animal Kingdom. I would be surprised if audiences agree with him.

Have you seen The Rover? Leave a comment and let us know what you thought.