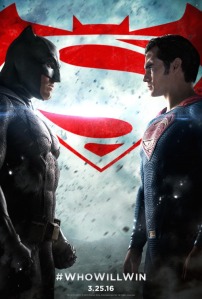 “Who would win a fight between…” has long been a favourite hypothetical of young comic book fans around the world. So for those boys and girls Batman vs Superman: Dawn of Justice must have sounded like a dream come true. Unfortunately though, if there is one audience this film is not for it is kids. In bringing together the world’s two most iconic superheroes Zach Snyder has made the darkest mainstream blockbuster in recent memory. It is a serious film without an ounce of lightness or humour that seeks to pose ethical and philosophical questions about power, but poor execution leaves it falling short of its lofty goals.

Batman vs Superman is in a number of ways a reactionary film. At an industrial level it is absolutely Warner Brothers and DC’s panicked response to the outrageous success Marvel Studios have had with their interwoven Marvel Cinematic Universe. What was originally supposed to be a straight sequel to 2013’s Man of Steel was seemingly co-opted by the studio to become the launching pad for the DC Expanded Universe. END_OF_DOCUMENT_TOKEN_TO_BE_REPLACED