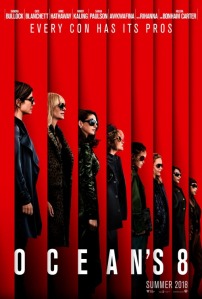 In the final moments before her crew sets out to execute their heist in the reboot-sequel Ocean’s Eight, Debbie Ocean (Sandra Bullock) tells them: “You’re not doing this for me. You’re not doing this for you. Somewhere out there is an eight year old girl dreaming of being a criminal. You’re doing it for her.” This is the self-aware dialogue of a film which knows it has a greater purpose. Ocean’s Eight, like the gender-flipping strategy in general, is about allowing female viewers to break free of Hollywood’s limiting portrayals of women as passive objects and identify with the type of active character historically reserved for men. Could there be anything more emblematic of a female character with agency, with control of their own destiny, than a criminal? END_OF_DOCUMENT_TOKEN_TO_BE_REPLACED 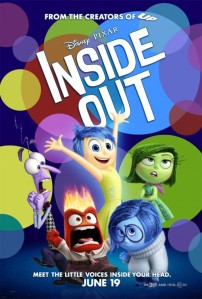 In the last twenty years, no Hollywood studio has been as consistently original and imaginative as Pixar. In an era when kid’s movies are so often dumbed down and seem guided primarily by merchandising departments, John Lasseter and his brains trust at Pixar allow themselves to be guided first and foremost by ideas. Their latest offering, Pete Docter (Up, Monsters Inc) and Ronaldo Del Carmen’s Inside Out, arguably represents the zenith of Pixar’s bold originality, taking us inside the mind of a young girl.

Inside Out tells a very small scale story. Eleven-year-old Riley (Kaitlyn Dias) lives a happy life with her parents (Diane Lane and Kyle MacLachlan) in Minnesota, only to have it unsettled when her father’s work requires the family has to relocate to San Francisco. With no friends, a different house and a new school, Riley starts to feel terribly homesick but doesn’t feel that she can talk about it with her parents. That is all that happens in the movie. At least, that is all that happens on the outside. For the key action in Inside Out actually takes place inside Riley’s mind. In the control room of her mind we meet anthropomorphised emotions, END_OF_DOCUMENT_TOKEN_TO_BE_REPLACED