Recently Warner Brothers and Guy Ritchie made the somewhat peculiar decision to adapt the 1960s television series The Man from U.N.C.L.E. to the big screen (read my review here). While Ritchie’s film wasn’t exactly a triumph, there have been a number of TV remakes which have been really good. Of course, there are also plenty which have been terrible (The Flintstones, The Smurfs, Lost in Space), but we are going to try and keep it positive here and look at six of the best TV remakes. To clarify, this is a list of the best TV remakes not just movies that have come from television shows. So I have chosen not to consider movies which feature the same cast as the television series which has disqualified films like The Naked Gun, all of the Muppets movies, Serenity, and films which originated as Saturday Night Live sketches like The Blues Brothers and Wayne’s World. So let’s jump in… 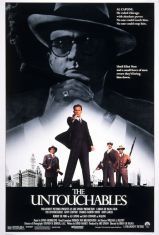 What a place to start. Nominated for four Academy Awards, Brian De Palma’s gangster masterpiece The Untouchables is the perfect example of a television series being reimagined and transformed into a motion picture. While retaining the title and premise, David Mamet’s screenplay has very little allegiance to the original television series which ran from 1959 to 1963. Crusading Treasury officer Eliot Ness puts together a small team with the aim of smashing the racketeers’ stranglehold on Prohibition era Chicago. But to get Al Capone he needs the guidance of veteran beat cop. “He pulls a knife, you pull a gun. He sends one of yours to the hospital, you send one of his to the morgue. That’s the Chicago way.” Typically bloody, De Palma takes this television property and makes it truly cinematic. The film even culminates with an allusion to Sergei Eisenstein’s legendary silent film Battleship Potemkin. While Kevin Costner has the lead role as the white bread Eliot Ness, it is Sean Connery (in an Oscar winning performance) and Robert De Niro who really catch the eye. 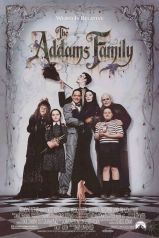 Barry Sonnenfeld’s The Addams Family, which draws on Charles Addams’ comic strip characters who rose to prominence in the 1964 to 1966 television series, is possibly the best TV comedy remake. The central narrative sees a con-woman trying to swindle the Addamses out of their fortune by having her son pose as Gomez’s long lost brother Fester, but the joy of this film comes from the hilarious self-contained moments which retain the character of a cartoon strip. Perfectly cast with Raul Julia and Angelica Huston as Gomez and Morticia, Christopher Lloyd as Uncle Fester, a young Christina Ricci as Wednesday, all of the actors play their parts with great sincerity. They may be creepy, kooky, mysterious and spooky but the Addamses are still a functional, loving and supportive family. They are like a perverse Brady Bunch. Because it was the early 1990s The Addams Family comes with its own rap, MC Hammer’s “Addams Groove.” The film earned a sequel, Addams Family Values, which was possibly even funnier than the first, before Raul Julia tragically died in 1994 after a stroke. 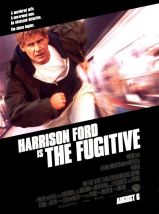 The Fugutive is another, like The Untouchables, where many will be more familiar with the film than the television series which ran from 1963 to 1967 upon which it was based. It follows a respected vascular surgeon, Dr Richard Kimble, who is falsely convicted for the murder of his wife and goes on the run, trying to find the killer himself. The film has a brilliant Jean Valjean –Javert dynamic between the noble fugitive played by Harrison Ford and the determined US Marshall on his tail played by Tommy Lee Jones. Andrew Davis’ film moves along at a cracking pace. Within the first fifteen minutes Kimble has found his wife dead, been questioned, charged, sentenced to death and escaped, and the film doesn’t slowdown from there. Arguably the best film on this list The Fugitive is a great movie, not just a great remake. It is the only film on the list to be nominated for Best Picture at the Academy Awards, one of its seven nominations including a win for Tommy Lee Jones as Best Supporting Actor. 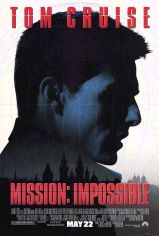 Brian De Palma’s Mission: Impossible (coincidentally, the second Brian De Palma film on this list) is not the best film in the Mission: Impossible series – that title likely goes to the fourth film in the series, Mission: Impossible – Ghost Protocol – but it is the film that launched a franchise that has now spanned two decades and five films. A slick update of the television series which ran from 1966 to 1973, Mission: Impossible reintroduced audiences to the IMF, the Impossible Missions Force, retaining beloved elements from the original series including latex masks, self-destructing tapes, and Lalo Schrifin’s iconic theme tune. As a reboot it handed the franchise over from Jim Phelps, the protagonist of the TV series played then by Peter Graves and here by Jon Voight, to Tom Cruise’s Ethan Hunt, though it did so in a way that ruffled a few fans feathers. Big on action and spectacle, Mission: Impossible also contained the most iconic stunt sequence of the 1990s. 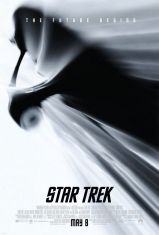 There are some good films in the Star Trek series, namely Star Trek II: The Wrath of Khan. Some subscribe to the theory that even number films are quality while the odd numbers are disappointing. However, much of that series of films involved a continuation of the cast from the television series that ran from 1966 to 1969 and therefore don’t constitute remakes. But in 2009, in a decade which was all about reboots and origin stories, this cult franchise got a facelift. J.J. Abrams’ Star Trek brought us fresh faced versions of the original crew of the Starship Enterprise – Kirk, Spock, Uhura, Bones, Sulu, Scotty and Chekov – and went back to show us the formative events of the unlikely friendship between the impulsive Kirk and the logical Spock. Abrams includes plenty for the devoted Trekkies – most notably an appearance from Leonard Nimoy as an older Spock – but cannily uses the narrative to establish this new franchise as taking place in an alternate Star Trek universe, freeing it from the canon narrative that has been established over the previous ten films and numerous television series. This reboot brought a freshness to the franchise which won over many new fans. 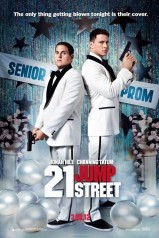 21 Jump Street is the odd one out on this list as it is not based on a 1960s television show. The 21 Jump Street series, which made a star out of Johnny Depp, ran from 1987 to 1991. The movie also takes a teen crime drama and reworks it as a comedy. There were a string of TV adaptations in the 1990s and 2000s that tried to spoof the original material, some successfully (The Brady Bunch movie), others not so much (Starsky & Hutch). That is not quite what is going on here. 21 Jump Street has too much affection for the show to simply make fun of it. Rather it playfully embraces the far-fetched nature of its premise – that two police officers could go undercover as high school students – to bring us a very funny odd-couple bromance. The chemistry between Jonah Hill and Channing Tatum (for whom this was a real coming out party as a comedic performer) is wonderful and makes the film. It was followed by a sequel, 22 Jump Street, which was every bit as good as the first and one of the more impressive comedy sequels of recent years.

Agree? Disagree? Leave a comment and let us know what you think we missed.