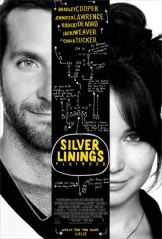 For mine, you have to go all the way back to the beginning of the year to find 2013’s best film. David O. Russell’s Silver Linings Playbook is a flawless picture. This beautifully written and compassionate film is a life affirming piece of cinema and, importantly, seeks to take the otherness out of mental illness. Cooper and Lawrence have tremendous chemistry and make for a memorable onscreen couple, and the supporting cast is equally impressive.

Gravity is the most overwhelming cinematic experience in recent memory. Earning comparisons to Kubrick’s 2001: A Space Odyssey – high praise indeed – Cuarón’s film succeeds in making outer space at the same time breathtakingly beautiful and utterly terrifying. By far the most immersive use of the 3D format I have experienced, this simple narrative is a tight, 90 minute exercise in suspense and tension. 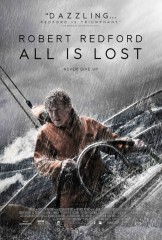 I love the bravery of this film. With this minimalist film – one character, one setting, little to no dialogue – J.C. Chandor puts a lot of trust in his audience. He trusts them to care about this man even if he doesn’t burden us with backstory and character detail. Redford is compelling as the stoic and unemotive protagonist, refusing to overact. From beginning to end All is Lost is simply riveting. 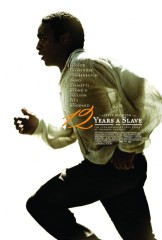 McQueen has established himself as a filmmaker who does not shy away from difficult and provocative subject matter and doesn’t pull his punches and 12 Years a Slave is no exception. It is a brutal and unrelenting look at 19th Century slavery in the American south. It is also visually quite beautiful and has a haunting score by Hans Zimmer. There is a surprising lack of cinematic explorations of American slavery and this film, written by a black screenwriter and made by a black director, could be the most important on the subject thus far.

For a decade Yann Martel’s beloved novel was believed to be unfilmable, but Ang Lee demonstrated that in the hands of the right filmmaker there is no such thing. Lee’s film is visually breathtaking using digital effects to create a heightened reality. It is also a deeply spiritual film, which separates it from other lost at sea films like All is Lost or Cast Away. Also contains the best performance by a CGI tiger I’ve ever seen. 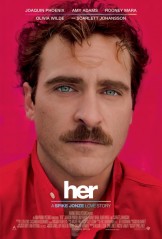 A perculiar and surreal film, Her is very much a story for our time. The story of a romance between a man and the artificial intelligence operating system of his computer, the subject matter which could have been silly had Jonze’s film not been so very sincere. Her features two brilliant but unconventional performances: one from Johansson as a disembodied voice, the other from Phoenix who for much of the film only has that voice to play opposite. 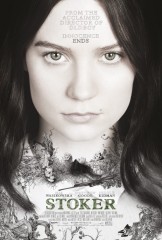 Stoker was film I knew nothing about until I saw it and was the year’s pleasant surprise for me. Park Chan-wook’s first English language, this psychological thriller retains the director’s talent for visual storytelling and creation of tone. It is a creepy and chilling film that elicits a visceral reaction. Had its second half maintained the subtly of its slow-burning first half this could have been the film of the year. Strong performances from a trio of Australian actresses in Wasikowska, Kidman and Weaver.

The Secret Life of Walter Mitty is a film for the dreamers, for those ordinary people who long to do something extraordinary. Stiller’s fifth feature film as a director, it contains a much stronger visual aesthetic than you would expect from a director best known as a comedic actor. It is a charming, whimsical and incredibly earnest film, and though it ventures into the overly sentimental, it is hard to begrudge it that.

Writer/director/performers Faxon and Rash had this screenplay stored up before they were brought on board to work with Alexander Payne on The Descendents for which they won an Oscar. The Way Way Back is a witty, affecting and at times hilarious coming-of-age story about a teenage boy from a troubled family who finds himself in a holiday job at a waterslide park. Sam Rockwell is at his charismatic and funny best, Allison Janney is brilliant as always and Steve Carell, one of the most likeable men in Hollywood, shows he can play a real jerk. 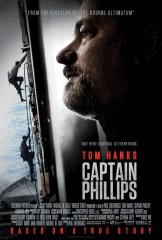 Based on a true story, Captain Phillips is an interesting and gripping procedural thriller that is elevated by Greengrass’ strong direction and a fantastic performance from Tom Hanks. For Hanks, this could be the performance that puts him alongside Daniel Day Lewis in the three Oscars club. As the only name in the cast he carries the picture, with the post-trauma scene towards the end of the film being among his best ever work.

The Worst Movie of the Year: Scary Movie 5. It isn’t even close. With seven years passing since the fourth instalment in this lowest common denominator franchise you have to wonder if this was really the best they could come up with? A comedy without laughs and a horror movie without scares, thank God it was mercifully short.

Cinematic Highlight of the Year: This year provided me with a number of opportunities to see great old films on the big screen for the first time. It was wonderful to see The Searchers, Alien and Buster Keaton’s The General as they were intended to be seen, but the one which stands out as the biggest highlight of the year was seeing Alfred Hitchcock’s Dial M for Murder in 3D. While it was shot for that format in 1954, 3D exhibition quickly went out of fashion so it was primarily screened in standard 2D. Seeing it in 3D takes this great film to another level, breathing life into the shot compositions and creating a real sense of space and geography. It was a real treat.