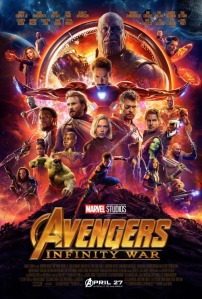 With the incredible success of Black Panther, which is the year’s top grossing film by some margin and Marvel’s third highest grossing film ever, 2018 was already a winner for Marvel Studios before they had even played their trump card. Avengers: Infinity Wars is, by most any measure, one of the biggest movies in history. The film that the Marvel Cinematic Universe has been building to for a decade now, it is a crossover epic 18 films in the making, and promises to be the blockbuster movie event of the year.

When Bruce Banner (Mark Ruffalo), who has been missing from Earth since Avengers: Age of Ultron, comes crashing down into Doctor Strange’s (Benedict Cumberbatch) Sanctum Sanctorum he brings with him an ominous warning. The titan Thanos (Josh Brolin) is gathering the infinity stones. These six gems forged in the big bang each control an elemental power and if he gets his hand on all six, and he already has three, he will become all powerful. His ultimate goal? Genocide on an unimaginable scale. END_OF_DOCUMENT_TOKEN_TO_BE_REPLACED 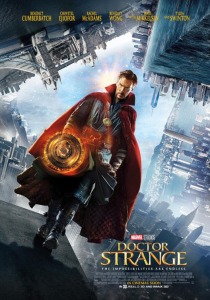 The fourteenth film in the Marvel Cinematic Universe, Doctor Strange, is a peculiar beast. It is simultaneously the boldest and most conservative Marvel film in some time, taking the franchise in an exciting new visual direction, while taking enormous steps back from the character and relationship complexity of some of Marvel’s more recent films in order to tell a routine origin story.

Dr. Stephen Strange (Benedict Cumberbatch) is a brilliant, wealthy and arrogant neurosurgeon from New York whose life is turned upside down when a serious car accident leaves him with severe nerve damage in his hands, effectively ending his medical career. After exhausting all the options of western medicine, in desperation he heads to Kathmandu in search of a holy teacher who he has learned healed a man with a serious spinal injury. There he is met by the mysterious Mordo (Chiwetel Ejiofor), who takes him to Kamar-Taj, an ancient community of sorcerers under the leadership of the Supreme Sorcerer, known only as the Ancient One (Tilda Swinton). END_OF_DOCUMENT_TOKEN_TO_BE_REPLACED 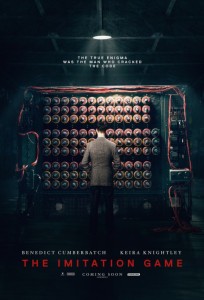 Used by the Nazis in the Second World War to obscure their communications, the Enigma Machine was the greatest encryption device in history. With 159,000,000,000,000,000,000 different combinations and a code that reset every evening, it appeared uncrackable. But a small group of British mathamaticians, linguists, chess champions and crossword enthusiasts did manage to achieve the impossible and their efforts are believed to have shortened the war by more than two years and saved up to 14 million lives. This amazing achievement was kept a military secret for 50 years, but now comes to the screen in The Imitation Game.

In 1939, MI6 brought together a small team of Britain’s best and brightest in Bletchley Park to try and decipher the Enigma Machine’s code. Among them was Professor Alan Turing. An infuriating character, Turing was brilliant but arrogant and horribly condescending. While the rest of the team immerse themselves in the futile work of trying to decipher the daily codes, Turing wants to invent a machine to crack Enigma. END_OF_DOCUMENT_TOKEN_TO_BE_REPLACED 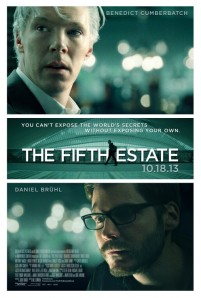 Julian Assange is one of the most divisive figures in international politics in the last decade. To some he is a hero, a champion for democracy and free speech. To others he is a self-important egomaniac with little respect for the consequences of his actions. Earlier this year the story of Assange and WikiLeaks was explored on screen in Alex Gibney’s compelling documentary We Steal Secrets: The Story of WikiLeaks, and now they’re back in cinemas, this time as a thriller in Bill Condon’s The Fifth Estate.

Condon, fresh off the last two instalments of The Twilight Saga, brings us the story through the eyes of Assange’s one-time partner Daniel Berg, starting from the moment when WikiLeaks burst on to the international scene by exposing the illegal activities of Swiss bank Julius Baer and continuing through to the 2010 leak of the ‘Iraq War Logs’ and a quarter of a million US diplomatic cables, and the subsequent arrest of Bradley Manning.

Adapted from Daniel Domscheit-Berg’s book Inside WikiLeaks: My Time with Julian Assange at the World’s Most Dangerous Website, The Fifth Estate presents a rather damning account of Assange’s personality and actions – which is interesting given the film’s trailers were cut together in such a way that they appeared quite pro-Assange. The screenplay was written by Josh Singer, once a writer on The West Wing, though he hasn’t managed to bring the Sorkin-esque sharpness of dialogue that made that show so brilliant to this project.

Benedict Cumberbatch’s Assange, an egotistical control freak who possesses little in the way of social skills, is an elusive character. We are given very little insight into what, outside of ego, makes him tick. We are presented with snippets of his troubled childhood as though that explains everything, but the links between the past and the present are not always apparent. Yet despite the aggressiveness of this portrayal, it is hard to see how The Fifth Estate will change anyone’s mind about Assange or the events that occurred. His detractors will agree with the negative aspects of the representation, while his supporters will shout character assassination. Lacking in any real revelations, the film leaves you none the wiser on the whole issue.

As Berg, Daniel Brühl provides the human centre of the film. It is his journey, rather than Assange’s, that we go on. Berg is initially swept up in the excitement of Assange’s crusade. Over time he starts to doubt his decision making and his priorities, until finally he comes to doubt his motivations. Berg is the film’s conscience and the progression of his relationship to Assange and the idea that he represents seems to be reflective of many people’s response.

Stylistically, The Fifth Estate is a bit overbearing. Condon employs a number of different methods to visually represent the cyberspace in which WikiLeaks exists, and the online communication between its members, and before long you are feeling bombarded by flashing and flying text.

Given that every day our newspapers are still filled with stories relating to Bradley Manning, Edward Snowden and the revelations that the US has been tapping the phones of the leaders of allied nations, there is no doubt that The Fifth Estate is a timely film. However, despite this timeliness, it is neither revelatory enough nor well executed enough to establish itself as an important film. 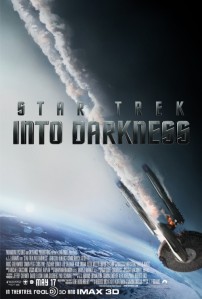 In 2009, J.J. Abrams reboot of the Star Trek franchise wildly exceeded everyone’s expectations, taking almost $400m at the worldwide box office, and establishing Abrams as the next big thing in blockbuster moviemaking. Almost immediately talk started about a sequel, and four years later we get Star Trek Into Darkness, a title seemingly in dire need of some punctuation (Seriously, doesn’t Star Trek: Into Darkness just look more right).

This second instalment continues on from where the 2009 film left off, again acting as a sort of prequel to the original television series and subsequent films. After Star Fleet headquarters are attacked by terrorist John Harrison, Kirk and his crew are sent on a revenge mission to blast Harrison the smithereens. However Harrison is hiding out on Kronos, and their mission risks sparking an all-out war with the volatile Klingons, so Spock persuades Kirk instead to attempt to take Harrison prisoner and make him stand trial. They capture Harrison and bring him aboard the Enterprise unaware that there is more to him than they knew and that aboard the Enterprise is exactly where Harrison wanted to be (If only Kirk, Spock and the gang had seen The Dark Knight… or The Avengers… or Skyfall).

At the heart of Star Trek Into Darkness, as with the previous film, is the symbiotic relationship between Captain Kirk and Commander Spock. They are completely different from one another. One is impulsive and instinctual. The other is logical and calculated. Both frustrate the hell out of the other, but both are also dependent on the strengths of the other to make up for their own deficiencies. They are mutually dependent. While the first film told the story of how these two met each other and came to be a team, this film deals with how they came to truly respect one another and see the value of each other. Both Kirk and Spock at key moments in the film must force themselves to think and act like the other in order to tackle a situation. That Abrams is able to effectively keep human relationships at the centre of such a large scale sci-fi blockbuster is what separates him from contemporary blockbuster makers like Michael Bay (Really, did anyone care about the human characters in Transformers?) and leads to the inevitable comparisons with Spielberg.

Abrams strikes the perfect balance, respecting the established lore of the Star Trek universe without being constrained by it. He homages classic characters and story elements, but isn’t afraid to take some creative liberties to freshen up the story. This may frustrate a hardcore Trekkie, but for the rest of us it gives the film a sense of newness and freshness. This combination of respect for existing lore with a willingness to take ownership bodes well for his next project, the seventh instalment in the Star Wars series.

In the Trekkie community the Star Trek franchise has one of the most devoted followings you will find. But rather than merely seeking to cater to the existing fan base, when Abrams set out to reboot the Star Trek franchise he looked to broaden its appeal and introduce these classic characters to a new audience. And again, Star Trek Into Darkness is big budget blockbuster filmmaking that will appeal to more than just the devoted Trekkies. It is a big movie, containing some top notch action sequences and terrific special effects, on par with anything you will find in blockbuster sci-fi cinema. Add to that a healthy smattering of humour, mostly courtesy of Simon Pegg who has a slightly larger role as Scotty, and you end up with a film that really is everything a great popcorn movie should be.