A three time Oscar winner, with a further nine nominations, Jack Nicholson is one of the American cinema’s most celebrated actors and a movie legend. Starting his career in the B cinema of Roger Corman, rising to prominence in the Hollywood Renaissance of the 1960s and 1970s as one of the era’s most interesting new faces, and establishing himself as the very epitome of the Hollywood movie star, Nicholson is a big personality and a bigger talent. Trying to whittle this legendary career down to six roles requires some tough decision making, and as a result some brilliant roles which easily could have made the list miss out – chief among them Robert Dupea in Five Easy Pieces, Jack Torrence in The Shining and Frank Costello in The Departed – but here it goes… 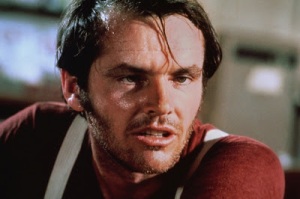 With 17 films already under his belt, it was his supporting role in Hopper and Fonda’s iconic road movie Easy Rider that made turned Nicholson into a star. As the alcoholic country lawyer George Hanson, Nicholson was the conduit through which the audience were able to relate to the skittish Billy and aloof Captain America. The performance earned him the first Academy Award nomination of his career and set him up to become one of the New Hollywood’s most important actors. 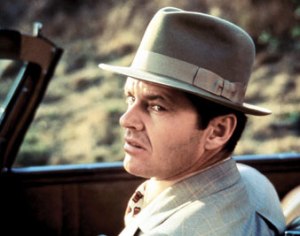 So proud was Nicholson of his work on the Polanski directed, Towne scripted Chinatown that he has not played another detective since. While drawing on the hard-boiled fiction of Chandler and Hammett, Nicholson’s Jake Gittes is a softer hero than those played by Humphrey Bogart. He is out of his depth, too innocent to deal with the magnitude of society’s corruption and incapable of solving the mystery until it is too late. 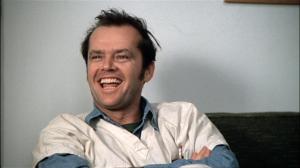 If Easy Rider was the film that made Nicholson a star, One Flew Over the Cuckoo’s Nest was the film that made him an icon. Nicholson brings Ken Kesey’s anti-hero to life, drawing on his own counter-cultural anti-authority persona to make McMurphy a life-affirming force in a lifeless institution, and a worthy nemesis for Louise Fletcher’s chilling Nurse Ratched. 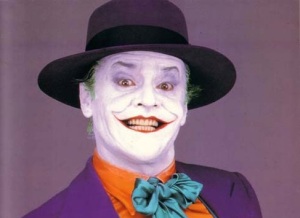 The deserved praise heaped on Heath Ledger for his performance as The Joker in The Dark Knight has seemingly resulted in many people forgetting just how good Nicholson was in the same role in Tim Burton’s Batman. Nicholson provides a different interpretation of the famous villain. Where Ledger’s Joker is a psychopath, Nicholson’s is a lunatic. Undoubtedly one of the great scene stealing performances in film history. 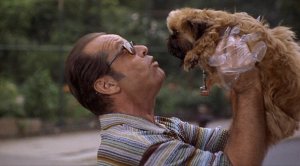 Nicholson has enjoyed a very fruitful partnership with writer/director James L. Brooks, the high point of which was his Oscar winning performance as obsessive compulsive, romance novelist Melvin Udall in As Good as it Gets. Sharp, funny and at times vicious, Jack gets to be Jack. A character and a film that will put a smile on your face, and one of the best romantic comedies of the decade. 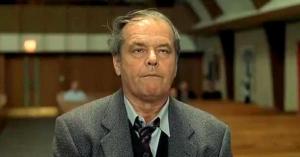 Dipping his toe into independent cinema for the first time in decades with Alexander Payne’s About Schmidt, Nicholson produces one of the most interesting and brave performances of his career. Putting aside the over-the-top, sharp-edged persona that had become the norm in recent years, Nicholson embraced his older age, playing a quiet, widower worn-down by life. A wonderful late career reminder of the incredible talent that was the foundation of his superstardom.